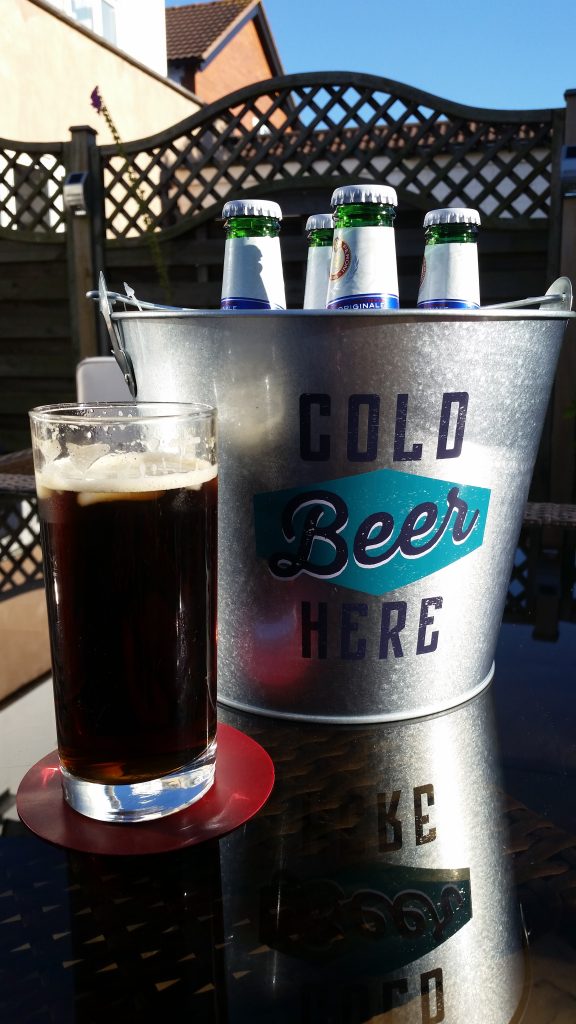 As the World Cup is on, we thought we would mix a cocktail with a Russian theme. This cocktail first appeared in 1949 and even though the name suggests it is of Russian origin it is named because Vodka is the main ingredient.

How to make the above cocktail, you will need the following ingredients/equipment.

High Ball Glass (or something similar from your cupboard)

This is a straight forward cocktail to make but also very easy to drink too.

To make this cocktail, you will need to pour the Tia Maria (25ml) and the Vodka (25 ml) into the glass with the ice cubes. Then pour in the Coke Cola, (roughly ¾ of the way up the inside of glass). Then give the drink a good stir with the spoon. With this type of cocktail it is not necessary to shake it in the cocktail shaker first. However, I have left this equipment in the equipment list, if you would rather mix this cocktail in the cocktail shaker. Finally, garnish with a slice of lemon on the top of the drink. (if you would like to do so). Relax and enjoy!

A variation of this cocktail, is instead of using Tia Maria, you can use Kahula instead. Another variation, is a cocktail called a ‘White Russian’, instead of putting Coke Cola as the cocktail mixer, milk can be used instead.

Lets “Mix it Up” Derek and the Team!

Give us a call now to discuss your individual requirements.

Leave your details with us and we'll be in touch.

All equipment annually PAT tested by a qualified NICWIC approved engineer in compliance with the Electricity at Work Regulations Act 1989. Public liability insurance and first-aider on site for all events. ©2021 Cheshire Cocktails. All Rights Reserved.

About a day ago