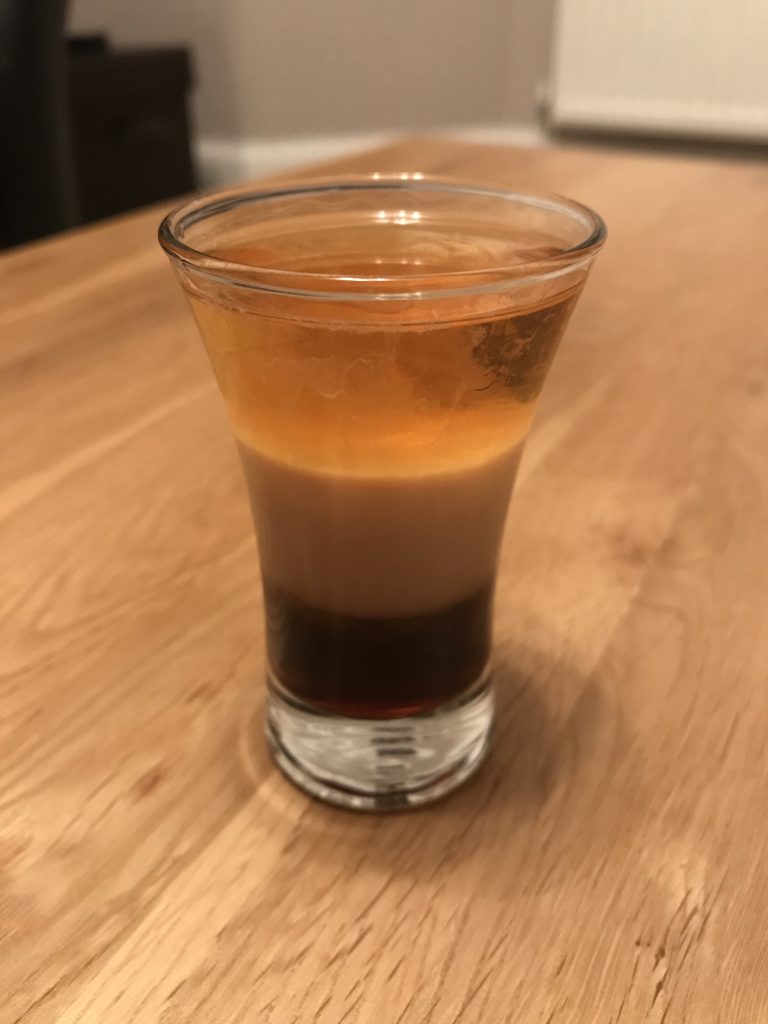 How to make the above cocktail, (it is know as a shooter or shot) and is a mixture of spirits/liqueurs and is normally consumed quickly, often in one go!

The name of the drink refers to the band, The B-52’s and not the aeroplane bomber that most people think. The drink was originated in the late 1970’s. The B-52 drink was invented by Peter Finch, a head barman at the Banff Springs Hotel in Banff, Alberta, Canada. He called/named all his favourite drinks after his favourite bands and albums. The other theory that this drink was invented by Adam Honigman, a barman in New York City’s, Maxwell Plum restaurant.

You will need the following ingredients/equipment.

Shot glass (or similar from your cupboard)

This is a short and very enjoyable cocktail too!

Give us a call now to discuss your individual requirements.

Leave your details with us and we'll be in touch.

All equipment annually PAT tested by a qualified NICWIC approved engineer in compliance with the Electricity at Work Regulations Act 1989. Public liability insurance and first-aider on site for all events. ©2022 Cheshire Cocktails. All Rights Reserved.

Happy Friday! Showing you how to make an Irish Flag Shot. Enjoy making it. Have a great weekend. x #Irishflagshot #irishflag pic.twitter.com/pcEKRc92fA

Happy Thursday everyone. Hope you have all had a good week. We make 'hand crafted' bottles of cocktails and deliver them locally. If we can be of any help, please DM us. Enjoy the hot, warm weather this weekend. x instagram.com/p/ChIjFlhMGqi/…

Happy Friday! Showing you how to make a Blackberry Mojito. Enjoy making it. Have a great weekend. Cheers! x #blackberrymojito #blackberry #mojitotime pic.twitter.com/Pe7hFqJQDx